The following are my brief notes from researching the linked reports and consultation document for the 'A low carbon pathway for Wales' consultation (4th of October 2018). See: https://beta.gov.wales/low-carbon-pathway-wales

The report details both present and historic CO2 emissions in Wales and proposes targets for reducing emissions by at least 80% by 2050 based on 1990 levels. The following interim targets in bold are proposed (end of 2018):

Wales has reduced its GHG emissions by 19% below 1990 levels to date (not based on consumption emissions - including production of goods for consumption in Wales in other countries). 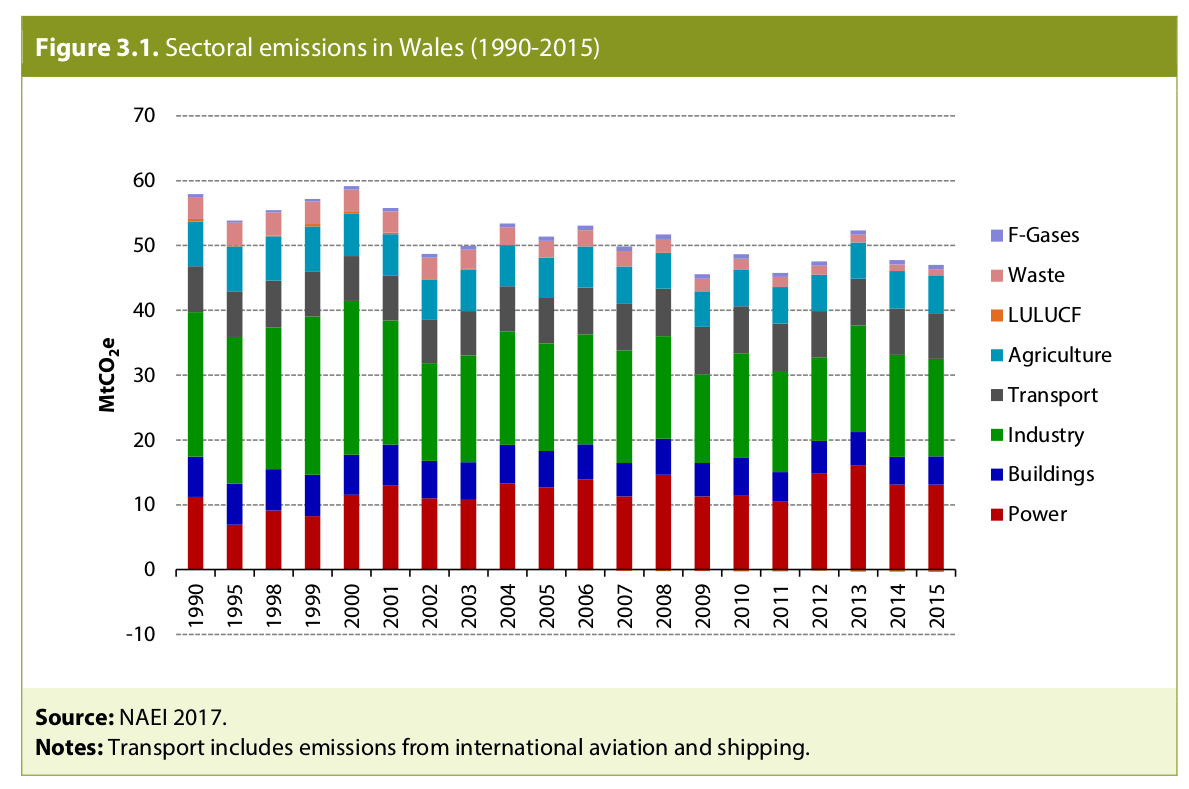 The report highlights the importance of large point-sources of emissions on the total GHG emissions of Wales. In particular:

Together these 6 large point-sources of CO2 emissions make up about 38% of total emissions. 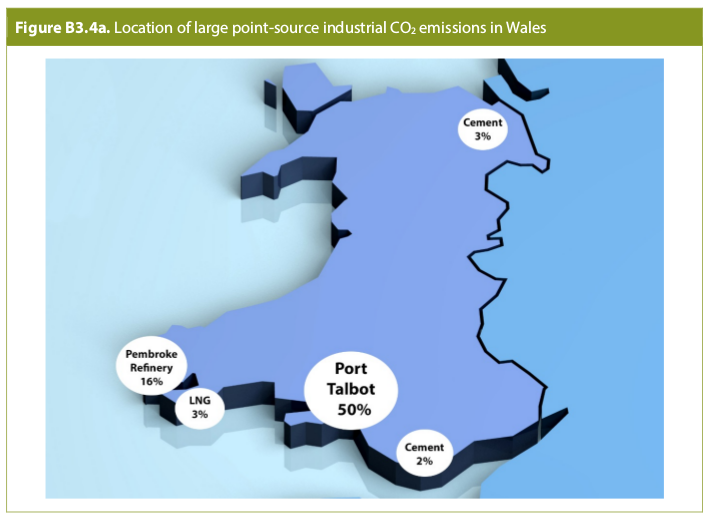 Perhaps a second interesting point is that "as Wales is a net-exporter of electricity to England, increased renewable generation increases exports but does not impact significantly on Welsh emissions.". This highlights the importance of a two pronged approach of both building up renewable energy and ensuring that coal and gas is closed. If we only build up renewable energy it does not effect Wales GHG emissions as a whole.

In 2015, 16% of Welsh power generation was from renewables, 12% was from nuclear, 24% from coal (Aberthaw, 51% of emissions), the remainder of generation and emissions from gas-fired plants.

Wales is a net power exporter and has proportionally more industry than the UK as a whole. Wales accounts for 9% of UK-wide emissions, but 5% of the population.

Renewables generate 43% of welsh consumption today. The Welsh government has a target of 70% by 2030.

The Committee on Climate Change scenario targets 58% of carbon abatement in industry with Carbon Capture and Storage by 2050. No explicit mention as far as I can tell is made of processes such as the Circored process for the renewable energy powered steel production, or other electrification technologies, although these may come under efficiency/innovation?

There is a brief mention of a Carbon Capture and Utilisation project by Tata Steel (FLEXIS project) http://www.flexis.wales/about/

A relatively brief overview of the standard mitigation solutions for buildings and transport is also given.