The nearest city in the table to our location is Manchester which exceeds -2.2C for 99.0% of hours and -3.6C for 99.6% of hours. Manchester is however 82 miles inland from our location and may be colder due to its distance from the sea.

I wanted to see if I could use weather data from local weather stations to calculate the equivalent minimum temperatures closer to where we live. I was familiar with the Weather Observations Website (WOW) from the Met Office from another project and so I thought I would start by trying to use data from this site. 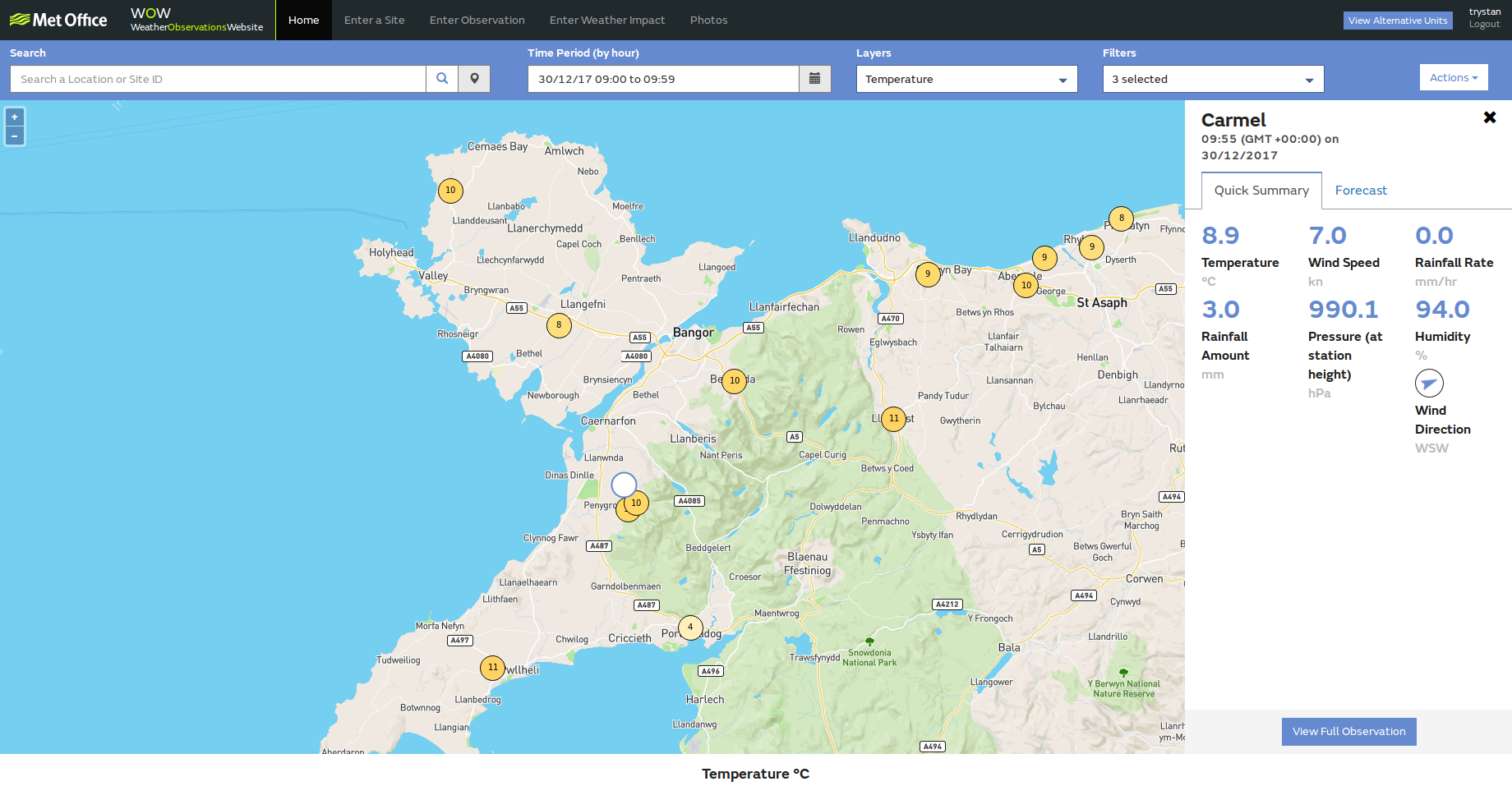 I've put together a script to download and import particular weather station data into emoncms and another script to calculate the temperatures outlined above. Details on how to use the scripts are included below.

How to use this tool

or clone with git:

The import_wow.php script is designed to be run on the same machine/host as the emoncms installation hence the default setting of http://localhost/emoncms, it can also be run with a remote server although less advised due to high request rate when importing years of data.

Enter the apikey of the emoncms account to import the weather data into and the site id of the weather station which can be found on the wow.metoffice site:

Run from command line on linux with:

Calculate minimum temperature exceeded for both 99.6% and 99.0% of hours.

Also included in the wowreader repository is a script that runs through the imported outside temperature feed in order to calculate the minimum temperature exceeded for both 99.6% and 99.0% of hours. The script is called calc_prc_above_temperature.php.

To configure, open the script in an editor and change the following two lines, $datadir should match the data directory noted above for PHPFina feeds. The feedid is the feed id of the outside temperature feed:

Run from command line on linux with: